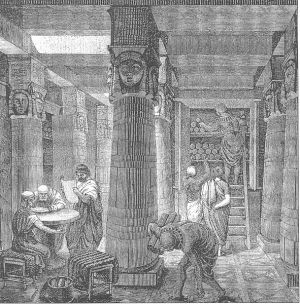 CS Lewis and Neil Gaiman, Terry Pratchett and Tolkien. To Kill a Mockingbird and The Catcher in the Rye, Spider-Man and Doctor Who. It’s strange how you can feel kinship, solidarity, with people you’ve never met through the books they read. I’m one of those nosy people who, when visiting somewhere for the first time, always checks out what’s sitting on their bookshelves, seeing if there are any matches with my own, searching for something that catches my interest.

The list above comes from the catalogue of the People’s Library at Occupy Wall Street, a collection of over 5,000 books kept on-site at the protest since September this year. Yesterday, during the NYPD’s eviction of the protestors, from which press were barred, the library was gathered up, along with myriad other belongings, and thrown into a dumpster.

It’s an act that prompts strong emotions – you just don’t throw books into the trash. Beyond their content, the very physicality of books is symbolic of learning, information, knowledge, literature. Put them all together into a library and suddenly it raises the spectre of Alexandria and the House of Wisdom. Of course, this isn’t the same, but at the same time, maybe it’s reflective of the times in which we live. While this wasn’t a deliberate act of biblioclasm, together with actions like the media blackout it shows a sad disregard for education and freedom of expression. Moving the library would be one thing, but there seem to be conflicting reports as to whether or not the majority of books have been destroyed.

So while the destruction of the People’s Library is sad and disgusting, it’s also symbolic. Today is American Censorship Day, campaigning for internet freedom. It’s also the International Day for Tolerance, sponsored by the United Nations to promote freedom of conscience, belief, expression and opinion. Here in the UK, the High Court has ruled that protestors can mount a legal challenge against the closure of public libraries in Gloucester and Somerset. Suddenly the last 24 hours seem to be a moment in which a number of events come together to remind us that freedom of information, freedom of speech, aren’t to be taken for granted. Frightening as it sounds, people are genuinely keen to suppress those freedoms, not out of insane malice, but out of ignorance, apathy and greed. In the comfortable western world, they’re the more present dangers. After all, a movement that puts together its own public library is unlikely to be the sort of movement you need to pepper-spray and tear-gas, but still it happened, even if cameras weren’t allowed to see it.

And yet there’s hope – there’s always hope. The People’s Library is being replenished. It’s only a few books at the moment, but as any reader knows, a few books soon grow. “A good library is a place, a palace where the lofty spirits of all nations and generations meet”, said Samuel Niger, and while that palace can be based in an ornate building or on a glorious website, it can also appear in a tent in a park, in a hundred parks. And in those parks, they’ll grow, even come the winter, even come the rains.

PS. It’s now looking like, although some of the books survived, the majority of them, and related equipment, are missing presumed destroyed…

Update – Now the replenished library has been destroyed, and the press have started to focus on it. It looks like things are going from wilful ignorance to malice… The police apparently “Don’t know” why they’re destroying it. Guess they’re just following orders.

4 thoughts on “Tolerance, Censorship and the Occupy Wall Street Library”